Where is Budapest, Hungary?

Budapest, the capital city of Hungary is in Central-Eastern Europe, not far from Vienna in Austria, or Prague in the Czech Republic. No wonder many fast track travellers prefer to have a quick tour touching on Budapest – Vienna – Prague, these three beautiful cities.

See the red balloon in this google map screenshot? It shows Hungary (Magyarorszag in Hungarian) 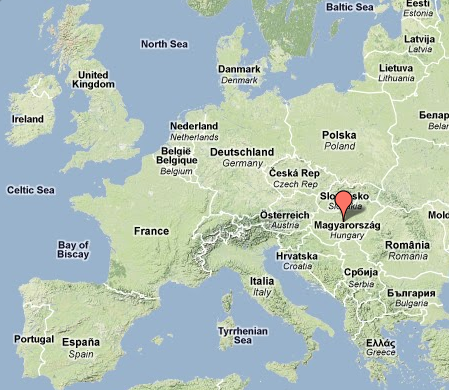 And this map image shows Budapest with a red ballon, and Prague and Vienna with a blue balloon.

Budapest is centrally located in Hungary, right on the river Danube, which cuts the city into two parts: Buda and Pest, adding up to ‘BudaPest’. Hungary is a landlocked country, there are no seas, but there are lots of rivers and a big beautiful fresh water lake called Lake Balaton.