One of the most magical and romantic moments in Budapest is to spend an evening with the classics in a glorious historic landmark in Hungary, in the richly ornamented cathedral in the city centre known as the St Stephen’s Basilica in Budapest. If you love classical music, you will love to listen to Mozart, Bach, Beethoven, Schubert, Bizet, Liszt, etc. in the most majestic Catholic church in Hungary.

The acoustics in the Basilica are amazing: you will truly enjoy the organ concert given by some of the leading organists in Hungary like Andras Viragh, or Laszlo Teleki, the arias sung by one of the best Hungarian oratorio singers, Kolos Kovats (who received the topmost Hungarian artist prize, the Kossuth prize for his wonderful work) and the lovely flutist, Eleonora Krusic.

The popular Basilica Organ Concerts are in the St Stephen’s Basilica from 8 pm on the following days in 2013:

You can book your organ tickets online in advance, either for a given date or as an undated Gift Voucher (a perfect gift for someone who loves classical music and is visiting / living in Budapest)

The concert programme depends on which day you visit the Basilica, e.g. on Thursdays you can listen to the following pieces:

And finally, you can see the rich golden decor and paintings of the dome of the St Stephens Basilica (built from 1851 to 1905, yes more than half a century): click the photo above to enlarge and see the exquisite decoration on the walls.

It is impossible not to feel touched under the dome of the Basilica while listening to this beautiful organ concert. At least, that’s what we felt. Well worth the concert. 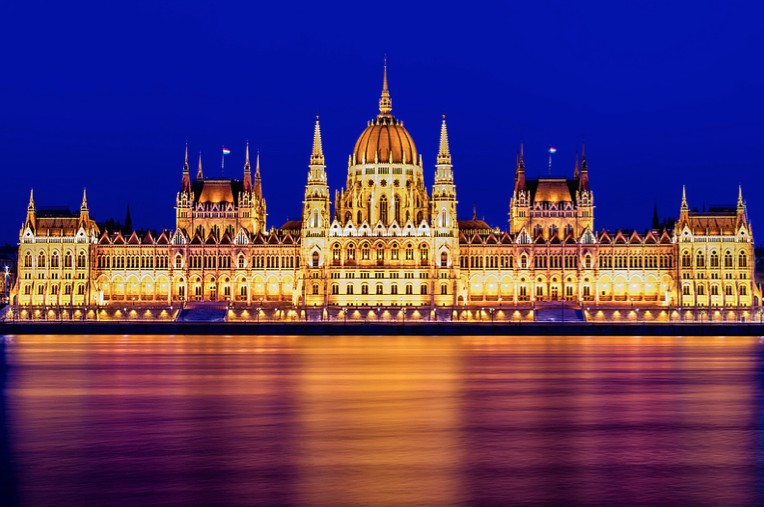 If you are planning an excellent evening programme in Budapest for a pleasant breezy and calm night, do what we would do: take a fascinating Budapest river cruise after the organ concert in St Stephen’s Basilica and enjoy some drinks (or optionally your dinner) on a boat on the Danube in the heart of Budapest. Budapest night cruises are incredibly beautiful with beautiful sights along the  river Danube (no wonder part of the UNESCO World Heritage!)

You will be surrounded by the breathtaking night lights of the finest Budapest attractions, the Hungarian Parliament, the Buda Castle on the Castle Hill, the romantic river front all along.

As a package deal, you can save 10% on the price of the Organ Concert and the river cruise with our special TopBudapest.org discount.