Buda or Pest Side?

Which side is better, Buda or Pest in Budapest?

The short answer is that for most tourists the Pest side of Budapest is better. This is where the city centre is, where both day and night life events are abundant, and many of the beautiful Budapest attractions are.

Budapest is divided into two distinct sides by the river Danube, the hilly Buda side and the flat Pest side. More precisely, in the old days there were two towns (Buda and Pest) along the river, which grew into one big beautiful city, Budapest. Even more precisely, there was a third one called Old Buda (Óbuda), which became also part of Budapest, but to make things more simple, it is a rarely mentioned fact (it’s like having two YouTube founders featured, instead of the real three).

Probably, most Hungarians as well as foreign travellers would suggest booking a hotel room on the Pest side, and only going for short cultural & green visits to the Buda side. However, if you are with kids and you want to be in a more peaceful environment, you may prefer to book your accommodation on the quieter and greener Buda side. 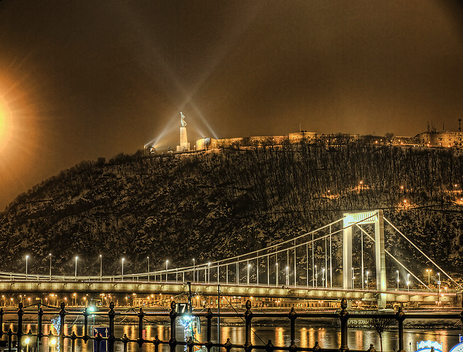 Hilly Buda side in Budapest – photo by Neil Howard

In short, the Buda side is more peaceful, quieter, greener, more traditionally romantic than the Pest side (which is also romantic but in a more extravagant way).

What is Buda like? The Buda (say boodah) side is more peacefully residential & quieter than the Pest side. Buda is also hilly and green – especially the Janos hegy (Janos hill) with the Children’s Railway (former Pioneer Train). If you like to stay away from the crowds, be closer to mother nature, and find a quiet recluse, your safest bet is Buda. Recommended locations for sleeping: hotels along the river Danube (for faster public transport connections try to stay close to Batthyany square and the Chain Bridge, or Szell Kalman square). If you want to be almost in the woods yet relatively close to the city, focus on accommodation on Normafa hill.

Its main landmarks are mostly on top of the little hills characterizing the Buda side, most importantly the Castle Hill with the Royal Palace, the gothic Matthias Church, and the neo-romantic Fishermen’s Bastion, also the Gellert Hill with the secessionist Gellert Bath, and the Citadel with the Statue of Liberty. Many of the famous Budapest baths are on the Buda side, like Rudas, Kiraly, Racz, Gellert Baths – the one and only exception is Szechenyi Bath.

There are not many pubs, bars or clubs on the Buda side. At least compared to the Pest side. The notable exceptions are some of the more popular pubs along the river Danube with great views over the Pest side – but Pest is the real nightlife area especially with the popular cool downtown pubs in district 6 and 7 called ‘Ruin Pubs’.

District 1, 2 and 12 are the most central parts of the Buda side. And it usually takes 10-25 minutes to get to the Pest side. The most important metro stations are Szell Kalman square and Deli Train Station, which make it very easy to get into the city centre even in a big traffic jam. On the other hand, if you want to be away from the bustling city, you can get to the nicest green Buda hills from Szell Kalman ter metro station in 35-55 minutes (estimated by public transport).

You can see the richer houses and villas in the Buda hills. Central Buda is usually considered to be the dwelling place of richer Hungarian citizens. 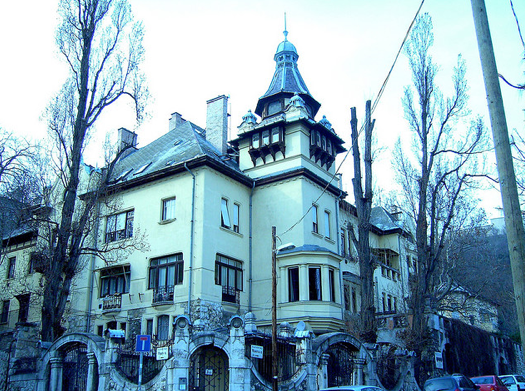 So what is Pest like? Pest (say pesht, not pest) is flatter, more sizzling, throbbing with life day and night. If you like shopping, eating, dancing, pub crawling, and be very close to most of the attractions in Budapest, Pest is an obvious choice. Recommended locations for sleeping: hotels along the Danube close to Szechenyi Istvan square and the Chain Bridge, super central Deak square or Oktogon square. 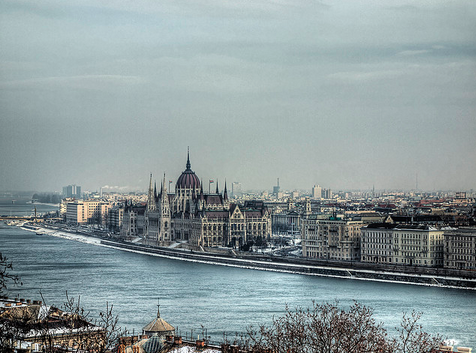 Pest is not sitting on hills, it is much flatter and very dynamic by day and night. And of course a lot more packed with tourist landmarks than Buda. There are way more pubs, bars, clubs and ‘What’s on’ events as well as opportunities for shopping. Usually it is referred to as the happening area, where things happen.

Market halls, shopping malls, big and small shops are abundant, not to mention restaurants, pubs, cafes and bars. Most of the luxury hotels as well as all kinds of Budapest accommodations from hostels to flats for rent for longer stays are mostly on the Pest side.

Its main landmarks are too numerous to enlist. Most of the museums, exhibitions, concerts and festivals take place on the Pest side. To mention but a few of the major Budapest attractions: Heroes square, Millennial Monument, Andrassy Avenue, Museum of Fine Arts, Szechenyi Baths, House of Terror Museum, the Hungarian Parliament

Central districts are the 5th, 6th and 7th districts (the closer to the river Danube on the Pest side the more central). Some streets in district 8 (VIII in Roman numbers as usually shown on maps) are also central.

Vaci utca shopping street is also on the Pest side, but you can do better shopping at both ends of the street: at one end of the once famous now tired street you can find the Central Market Hall, at the other end on Vorosmarty square you can walk into the recently built Fashion Street.

Bustling Vaci utca on the Pest side – photo by Bill Warrel