Buying travel tickets, travel passes in Budapest is very easy, from the moment you get off the plane.

You can also travel on the public transportation for free if you own a Budapest Card. 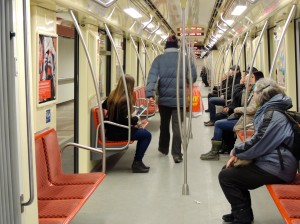 This is the official tourism card called the Budapest Card designed for foreign and Hungarian tourists (5% discount off the price if bought online). Budapest Cards include a Budapest travel pass for all vehicles of the public transport (except the Funicular), and other free vouchers, tickets (more: Budapest card benefits).

Just like in major cities in general, there are various Budapest public transport (BKV) tickets and passes (daily, weekly, monthly and multiple day passes), which are good for everything run by BKV – within Budapest, but not in the villages and towns (like Szentendre) around Budapest: these tickets and passes are valid on buses, metros, trams, etc. They look the same regardless of what vehicle you want to use, i.e. you buy the same ticket for a tram as for a bus or a metro, no special bus tickets or special tram tickets (as it was during communism).