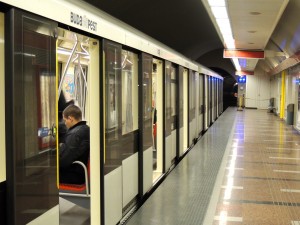 The cars of Budapest metro are clean but quite old – nevertheless, they run pretty well. The very first metro line was built in Budapest, Hungary on ‘continental Europe’ (only England had metros earlier) – at that time Budapest was a world-class metropolis, developing very fast.

While the yellow metro line was built in 1896, the red and blue metro lines were built after WW2 (they run Russian rusty metro cars, oddly still functioning).

You will most probably use the M1 yellow and the M2 red metro lines more times during your Budapest stay, as many of their metro stations in the city centre provide good access to major Budapest attractions. 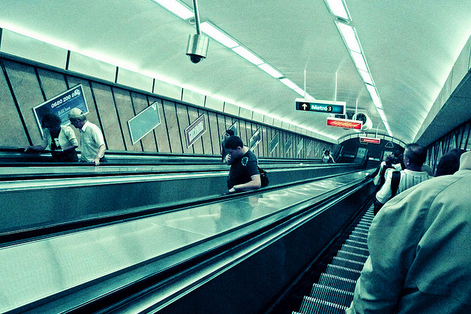 The M2 red metro line runs from east to west in the city of Budapest. Many of its metro stations are of importance for Budapest visitors. Learn about the busiest metro stations and the attractions in the neighbourhood: M2 Metro Line Budapest on the metro map.

The M4 green metro line connects South Buda and Pest. You can find some useful info about the M4 Green metro stations and the surrounding areas.

Are metros and suburban trains the same in Budapest? They are not. See what is the difference between them.