How much tip should I give in Budapest Hungary?

Nevertheless, the average tipping is only 10%. If you go over that, it means true appreciation for the service provided by the hotel personnel, restaurant staff, taxi drivers. 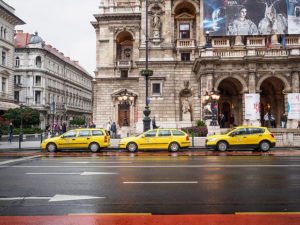 Our Budapest tipping guide is descriptive only (not prescriptive), so if your tipping philosophy is different from the one which is customary in Hungary, nobody will force you to tip (unless a 10% service charge is automatically included in your restaurant bill – please check the menus for that). We are aware that in some countries tipping is non-existent. Hungarian tipping is in line with the European trends with its 10%.

Tipping in Budapest is customary in the following situations:

Now, you may be very surprised, but due to old communist non-competition, it is still customary to tip doctors, dentists, hospital staff. There are initiatives to tackle this deep-rooted tradition, but tipping health care people in Hungary is still prevalent. As a tourist you may not experience this old fashioned tipping tradition, but don’t be surprised if you hear such stories. They are not legends.