Budapest Crime Map has been made publicly available by the Hungarian Police in 2012 (its interface is Hungarian, but not impossible to understand for a foreigner). Is Budapest a safe city? Yes, it is. Is Budapest safe 100%? Well, no, not 100%, but pretty safe, which you will hear from many tourists not only from locals.

Yet we love this interactive Budapest Crime Map, and hope you can use it wisely too (especially if you are a Budapest expat). You can search on a virtual map of Hungary, zoom in on Budapest, even streets and squares to check what crimes have been committed in a given period. We have taken a look at two kinds of crimes that Budapest tourists may typically be exposed to: robberies / thefts and personal attacks. The map, however, also contains info on car thefts, burglaries, etc. 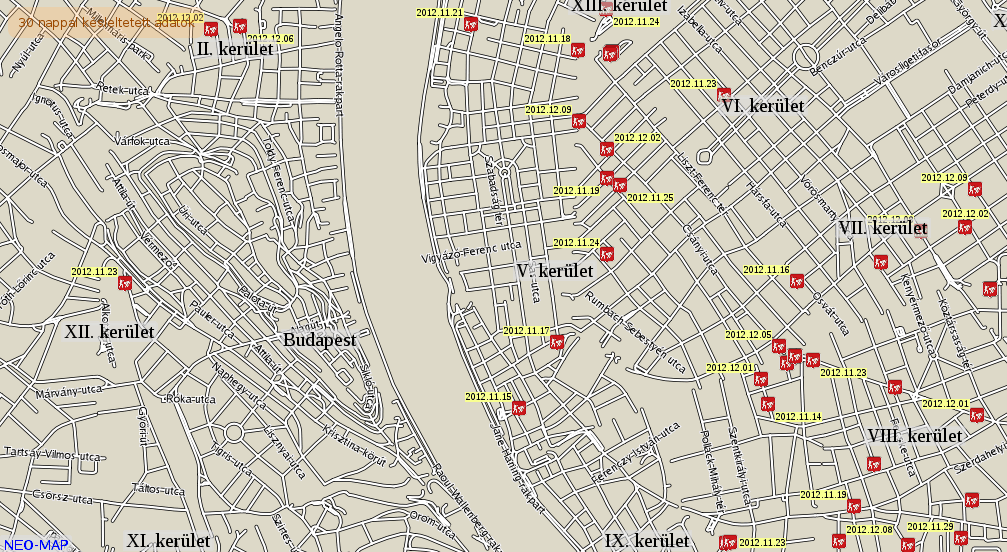 Budapest Crime Map Robberies and Thefts – So few? Yes and no.

Luckily Budapest is a safe city, especially considering its size, and compared to other cities in the world by many international reports and statistics (Hungary Safety report in pdf on the European Safety Survey EU website).

Hungary: crime levels are not significant but the police are not trusted and there appears to be high levels of corruption and consumer fraud

Now the report of the EU on Security in Eastern Europe was made in 2005, but its conclusions are still true.
That said, we have taken a look at the Hungarian Crime Map of Budapest, and have found some crime hot spots, criminal clusters that are worth taking a look at. To sum up, and to make it easy to remember for a Budapest tourist, we suggest avoiding the following Budapest downtown areas at late night:

Blaha Lujza ter is a square where two major roads meet in Budapest, the big ring road and Rakoczy Way. The square has several popular Budapest bars and clubs around it, like Corvinteto ruin bar, Old Man’s Pub, etc., so crimes against drunken people are more easily committed. No wonder that the number of criminal actions in both robberies and personal attacks is higher than in other areas of Budapest. In addition, Blaha Square lies close to the less safe streets of District VIII (on the eastern, right hand side of the map, outside the big ring road), which is getting safer each year, but is still one of the least safe areas in Budapest. If you stay out clubbing in Budapest nightlife, please stay in open, well lit areas, possibly in the bigger streets as the crimes are usually committed in the side streets around Blaha Square, e.g. in Somogyi Bela Street. Do not wander solo in the dark streets. If you plan to party wildly, go with friends and stick to them, arrange companions and book a taxi in advance, or call one of the reliable Budapest taxi companies. Do not just hop in a taxi standing by the road to avoid getting ripped off. Budapest tour companies offer several pub crawling tours where the guides will accompany you, and you will have fun, but you will also be safe. 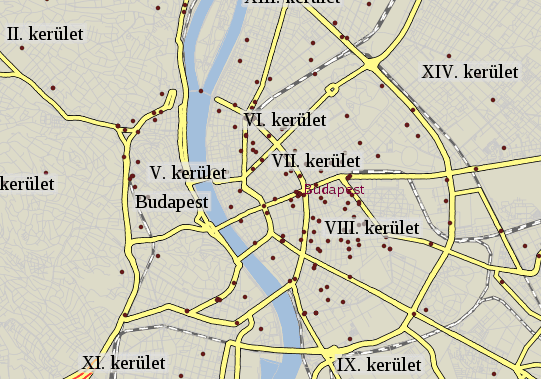 Nyugati Train Station is a well lit area with lots of traffic and people even late in the evening. There are many popular clubs and bars on and around the building complex, on Eiffel Square and the big ring road of Budapest (Szent Istvan korut). The side streets around Nyugati Railway Station are less safe regarding both thefts and potential personal attacks. Please act sensibly at night, and stay in open, brightly lit areas (the ring road itself, Eiffel Sq). Do not take romantic walks in the dark side streets at Nyugati Palyaudvar. Leave your valuables at home before parties (or even better, before setting on a trip to Budapest). If you plan to dive in Budapest nightlife, go with friends and stay together. When you leave a club or bar, call one of the reliable Budapest taxi companies to arrange a safe night trip. Do not just get in a taxi standing in the streets of Budapest to avoid getting ripped off. Budapest tour companies offer several pub crawling tours where the guides will accompany you, and you will have fun, but you will also be safe. Solo young travellers are safer in party hostels and pub tours in our experience.

Jaszai Mari Square is a nice square at the edge of the Margaret Bridge (Margithid) by the Margaret Island. Not only is it a busy part of Budapest nightlife with its bars, clubs and restaurants, but it is also a popular venue as the terminal of the most scenic European tram route, the Budapest Tram 2 line, one of the top things to do in Budapest, especially as a landbased cheap alternative of Danube river cruises in Budapest. While the tram station of Streetcar Number 2, as well as the nearby Tram 4 and 6 stops on the big ring road are well lit, and so is the Margaret Bridge, the little park by the river and the side streets are easily providing good sites for a personal attack at night.

Our advice is again: stay with other people, in well lite areas. Do not try to discover this part of the city alone or in couples at late night. While the square and its neighbourhood is perfectly safe by day, it seems to be an easy target for night crimes in Budapest. Act with caution and sensibly. When you leave a club or bar on Jaszai Mari Square, phone one of the reliable Budapest taxi companies to arrange a safe night cab trip to your Budapest hotel. Do not just hail down a taxi standing in the streets of Budapest to avoid being ripped off.

Budapest tour companies offer several pub crawling tours where the guides will accompany you, and you will have fun, but you will also be safe.

Now if you have taken a look at the images above, please note that we have made crime screenshots of a 30 day period in Budapest.

If we take a look at the crimes of half a year in Budapest (180 days to be precise), it turns out that the Pest side of Budapest, the happening area where people live, learn, party and club, is generally less safe at night: not only the above areas are affected by crime, but most parts of the Pest side, with the notable exception of the Hungarian Parliament and its neighbourhood (including the building of the US Embassy), the park and buildings on Szabadsag Square, and the vicinity of the Chain Bridge in Budapest where most luxury hotels in Budapest are located. And still, with all these crime dots on the map, Budapest is one of the safest cities in Europe, and we are proud of it. Even though consumer fraud and corruption in Hungary makes Hungary a bronze winner in the European Crime contest. 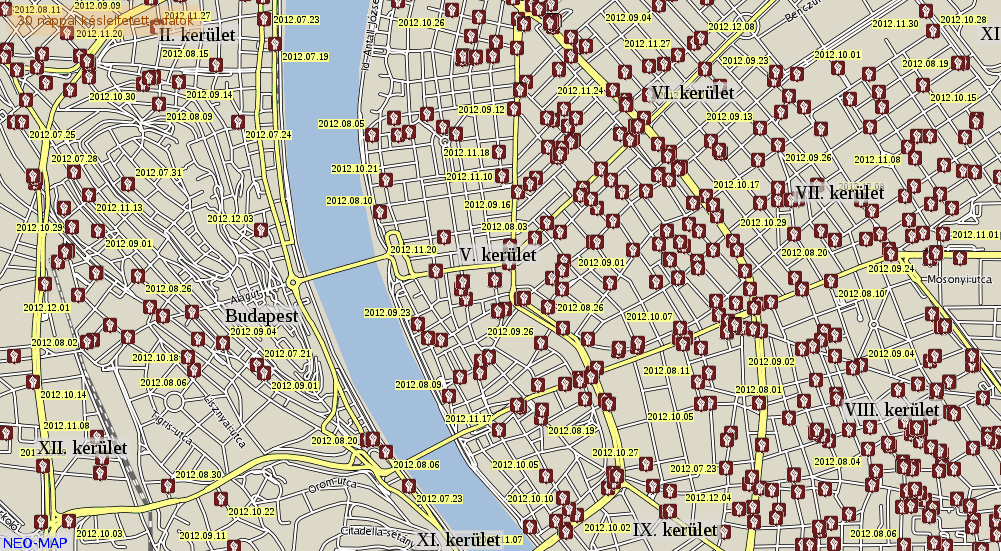 Hotels in Safe Areas in Budapest

The Buda Castle is an ideal historical location on the Buda side, safe, clean, romantic, historical and not too far from the city centre of Budapest, yet not too central for bars and clubs to make the UNESCO World Heritage site a crime hotspot. The Buda Castle quarter is a quiet area, with no bars and clubs to disturb the nightlife, and upset the security of the Buda Castle. There are several restaurants, but the nightlife (meaning parties, clubs, etc.) is very modest and laid back. Bars are at the bottom of the Castle Hill, e.g. on Szell Kalman Square, but not atop the Castle Hill of Budapest. The Castle Quarter is not recommended if you plan to be in the happening area of Budapest, which is practically the Pest side, downtown Budapest (roughly District V, VI and VII). 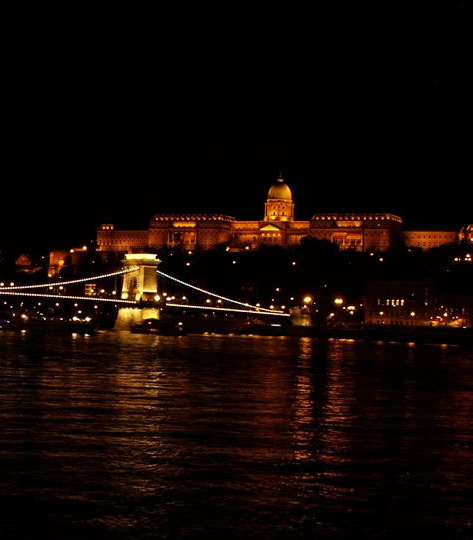 Buda Side Riverfront Hotels in Budapest: Safe and Panoramic

The riverfront hotels and accommodations along the Buda side ‘rakpart’ i.e. quay or embankment road near the river Danube in Budapest are very safe. These hotels and apartments are on a stretch between Batthyany Square and the Chain Bridge, and then onwards down to the more southern hotels between the Chain Bridge and Petofi Bridge (including the riverfront hotels by Elisabeth Bridge and the Liberty Bridge).

These Budapest hotels are not only ideal for their wonderful river views (if you manage to get a hotel room with a river view), but they are also ideal for their security. The riverfront promenade with its nearby hotels is one of the safest locations in the city of Budapest. It is great news, and it makes these hotels absolutely a good choice (even though you will have to cross the river to get to the Pest side attractions and events, which are abundant).

See hotels and compare hotel prices of the hotels along the Buda side riverfront of Budapest:

Considering the riverfront of Budapest, the quay called Belgrad Rakpart seems to be quite safe, even in a 180 day period, relatively free from thefts, robberies and personal attacks. Needless to say, this quay is more packed with nice restaurants than with bars and clubs, which typically inflate the crime statistics with many careless night time residents and tourists. Many of the accommodations along the Belgrade rakpart in Budapest are typically apartments rather than hotels:
Apartment Rakpart II. Budapest
Apartment Tango
Center Apartment
Family Apartments Budapest
Apartment Rakpart I. Budapest
Budapest City Center Apartments

The luxury five star hotels around Szechenyi Istvan Square (the former Roosevelt Square as shown on Google maps) are also hardly affected by crime, but their vicinity attracts occasional crimes of robberies and personal attacks (approx. 20 cases in a 180 day period, some of them around the Kossuth Square metro station). Again, as in the above, we have not taken into consideration crimes of car thefts, or burglaries.
The five star hotels and the cheaper apartments are hugely popular in this area:
Four Seasons Hotel Gresham Palace Budapest
Sofitel Budapest Chain Bridge
Budapest Marriott Hotel
InterContinental Budapest
and some cheaper Budapest apartments like
Zrinyi Guesthouse
Vigado Square Apartment

Note: the above map screenshots contain all crimes in a certain genre, not only the crimes against tourists, but against locals of Budapest too.

Source of images by the Hungarian Police: Interactive Crime Map in Hungarian