Metros go underground (with a few rare exception of surface metro stations). There are 3 metro lines in Budapest, which will take you to the most important and popular attractions in the city of Budapest in about 5-15 min. The metro cars are old blue Russian cars, still functional, with a few rare hiccups. 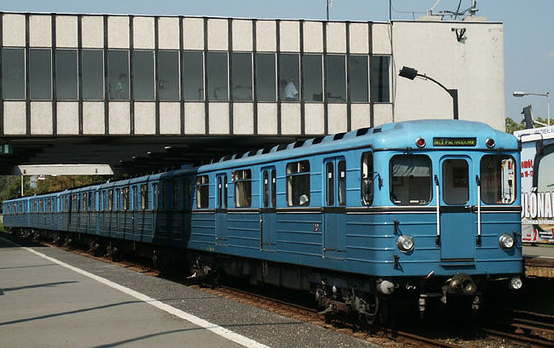 This is a suburban train, called HÉV for short in Hungarian (say heighve, or have-n without the n) in the picture. The suburban trains are green, go on the surface, from the city to the suburban areas outside Budapest. Probably the most typical HEV trips tourists will take in Budapest are either from Batthyany square (M2 metro station) to Szentendre, and from Ors Vezer square (M2 metro station) to Mogyorod, F1 Grand Prix Formula car race track.