Budapest is very manageable for tourists (and locals) by public transport: trams, metros and bus routes go every five minutes in the downtown area, ten minutes off the city centre.

Intro to Public Transport in Budapest

Public transport in Budapest is extremely efficient, inexpensive and simple: no wonder it is very much used by most Budapesters and tourists in Hungary. Before going into any details, let us give you two handy tips: 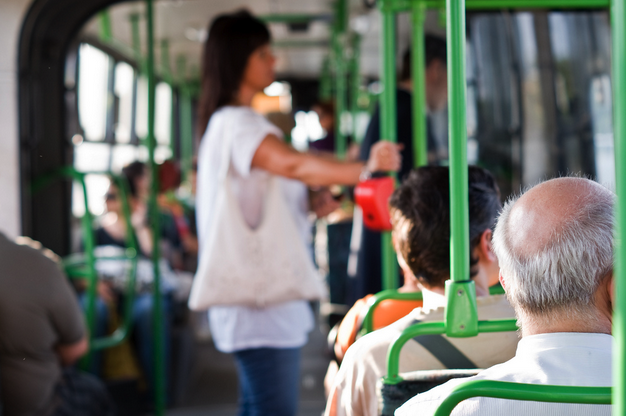 Budapest public transport has its advantages and disadvantages. It is relatively cheap, reliable, public transport routes are well built out all over the city, and usually you don’t have to wait more than 5 minutes for a metro, tram or bus in the city centre between 8am and 8pm.

Outdated cars: some of the vehicles are old, like the Russian metro cars on the M3 blue metro line (yes, still running quite well, but looking worn down), and 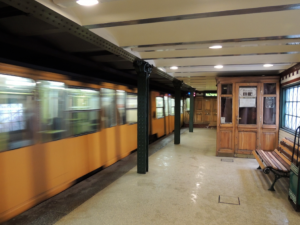 In addition to the 4 metro lines of the Budapest Metro System, there are lots of tram lines (about 30) and numerous bus lines (about 250), and they go through almost every street in the centre of Budapest, so it is very efficient and fast to use the public transport. Even though the city is pretty big (about 1.8 million people live here), you can be in the city centre from off-central districts in about half an hour. Most of the major attractions can also be reached within max 30 min, but that’s the upper limit, it is usually 10 or 15 min to get to them (or even better to walk). Oh, you will surely walk a lot, there is so much to see and do, so bring a pair of comfortable shoes with you – preferably waterproof shoes in spring, autumn and winter as the weather will be rainy at that time.

Just like in major cities in general, there are various tickets and passes (daily, weekly, monthly and multiple day passes), which are good for everything run by BKV Budapest Public Transportation company, except for the Funicular on Buda Castle Hill. Everything within Budapest, but not in the villages and towns (like Szentendre) outside Budapest: these tickets and passes are valid on buses, metros, trams, etc. For tourists you can buy the official tourism Budapest Card travel pass combined with Budapest coupons / deals.

The transport tickets look the same regardless of which vehicle you want to use, i.e. you buy the same ticket for a tram as for a bus or a metro, no special bus tickets or special tram tickets (as it was during communism). You can read more detailed info about each frequently asked question by following a link.

Where can I buy tickets in Budapest for the metro, bus, tram, etc.?  In short, at major metro stations in the city centre. Deak square is a sure bet. Read more about which stations have kiosks and where you can pay by card: where can you buy public transport tickets and passes in Budapest?

What ticket should I buy in Budapest? Should I pay for a pass? Are you staying for a 1 day, 2 days, 3 days, a week or more? Read about how you can save the most money and energy in Budapest by buying tickets or passes in Budapest

How to validate your tickets on Budapest Public Transport vehicles

Buses and trams are no brainer: you slide the ticket into the punch machine and you are done. Metros can be a bit trickier. See more details on Validating tickets on Metros in Budapest.

Please help us keep updated and informative. If there are any changes in the above, or you have any remarks, complaints, compliments regarding Budapest public transport, please send your comment in below.