How do you picture people in Budapest as a first time visitor? What are Hungarians like? Maybe you think of Hungarians when you see the photo of George Soros, Michael Curtiz, Franz Liszt, Zsa Zsa Gabor, Bela Bartok, Laszlo Moholy Nagy, John von Neumann, or a Gypsy musician. It is especially hard to generalize about a whole people, in a city of almost two million residents, but maybe some guidance can be given. 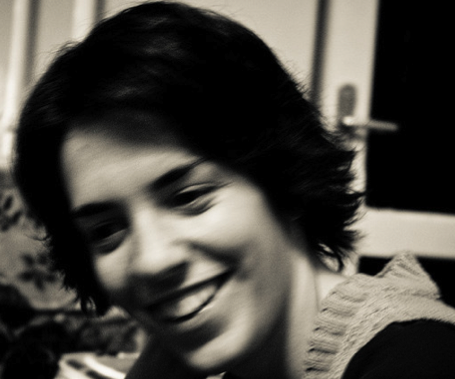 In Budapest, Hungary you will mostly likely meet Caucasian Hungarians, also some Gypsy people (especially as musicians in touristy restaurants), Jewish people (especially in the Jewish Quarter, but all over Budapest), Chinese, etc. as well as expats, and of course tourists. Although Budapest has very few black people, the city in general is very accepting with Black people.

In Budapest you will meet friendly Hungarian people called Magyars, where ‘friendly’ means helpful and hospitable, but not necessarily people who greet you with a welcoming smile, or just ‘wear a smile’ on their faces a lot. But it is easy to make us smile – especially with a couple of Hungarian words with foreign accent. 🙂 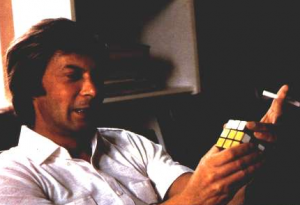 Historically, when Hungary was part of the Austro-Hungarian Hapsburg led empire, many Hungarians spoke or understood German. Is it still true? Yes and no. These days, English is the international lingua franca as in many other countries.

The younger generation – under 40 years old, or so – will speak English quite well and will be more smiling too. People over approx. 40 years of age will probably have more dark memories of the socialist past, including the fact that they could not pick the language they wanted to learn at school. Why not? In the cold war, the compulsory foreign language class, and the only choice was learning Russian (maybe some Esperanto).

Despite the lack of choice, many Hungarians were trying to learn German and English, and the vast majority of young people who grew up during the last remnant years of socialism can communicate in English really well, especially in Budapest, the capital of Hungary, where almost one fifth of the whole country lives… Urbanization, unstoppable.

Hungarians are friendly and very hospitable. But friendly does not necessarily mean smiling in Hungary. It takes some time for a Hungarian to give smiles, but once they are given, they are really heart felt smiles (mostly), rather than a mere polite gesture.
Being polite with smiling, or wearing a polite smile is not, or not yet part of Hungarian culture, which is not to say that Hungarians are not polite. Lack of smile may seem unfriendly for some tourists who are used to polite smiles from cashiers, waiters, etc. Please do not be offended if you do not get a smile. There has been a lot of improvement in recent years with regards to service people smiling, but the iron curtain can still be felt, just the effects of the recession.
That said, you will definitely meet very friendly people as well as stern cashier moms, or grumpy bus drivers. 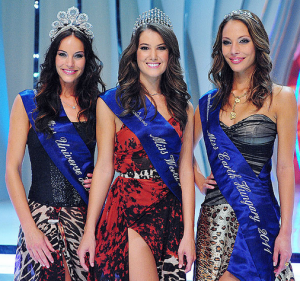 Occasionally, some male tourists who visit Budapest are led by a misconception (fueled by Hollywood films, or who knows what) that Hungarian girls are waiting for a few drops of English words, and some money to get undressed, and go to bed. This is quite far from the truth. while young girls in Budapest love clubbing, dancing, chatting to strangers, and are usually open and friendly, the vast majority of girls are sensible, take care of themselves, and are not easily led (which is also to say that they will not jump into bed with a foreigner for a little adventure). True, some stag parties in Budapest are served by special services given by attractive girls, but this is a very limited service. If you go to an average pub, bar, club, ruin pub, you will meet regular girls, who love to have fun in a decent way but be respected, and not considered to be an easy cake.

Hungarians usually do not restrain much from ‘public display of affection’. It is normal to hold hands or kiss in public (OK, a marathon long kiss or a very tongue twister kiss would not be ordinary, but otherwise showing romantic love in Budapest is pretty much the standard, as if in Paris).

Hungarians usually give two kisses when greeting friends (boys, girls – all) or relatives, one on each cheek.

Hungarians like to think of themselves as ‘intelligent and talented people’, and when it comes to meeting foreigners, do not be surprised if you meet someone who knows the ancient Greek gods, facts about WW2, what is the capital of Denmark etc. – school education.

But, maybe because of this academic ‘confidence’ many Hungarians like to think that almost all famous people have some Hungarian ancestor, which made them famous eventually.

From Estée Lauder through Nicolas Sarkozy to Tony Curtis or Rachel Weisz. Yes, they are of Hungarian descent, but it does not mean that John Lennon or Pelé were, right? (sorry a bit of self-criticism).

Hungarian humour is very much based on burlesque, irony, even sarcasm, sometimes absurd. Chaplin, Monthy Python are very popular in Hungary amongst under 35, as are comedy action films, and romantic comedies, like Die Hard, Forrest Gump, Brides Maids, etc.. Many of the Hungarian jokes, as jokes usually, are based on prejudices, e.g. cop jokes are about silly Hungarian cops, blondie jokes are about brainless Blondie girls, etc. even if we all know that these are absolute rubbish generalizations. In communism, a whole lot of jokes were made about Russians vs Americans (usually with Brezhnev and Reagan), and there are several joke books with Moricka, Kohn and other Jewish characters (Budapest has a considerable Jewish community).

But Communism itself was so full of false propaganda, and senseless things that Communism became the biggest joke during the years of Goulash Communism, when totalitarianism melted a bit. Geza Hofi, Hungarian humorist made millions of Hungarians laugh with his  double and triple based jokes aimed at the Communist regime. For decades he made our lives easier behind the iron curtain.

It is just a tiny fraction of our own impressions about the locals we generally know as locals. Come to Budapest and speak to people – let tourists and us know what Hungarian people are like in your opinion.

Read more about the following topics on the people in Budapest: