Top Bars and Pubs in Budapest: there are many types of bars, pubs and clubs in Budapest. Some bars are great to sit in to chat and have some meals, some bars have great music and dancing floors, others are better if you want to watch sports events on large screens, etc. 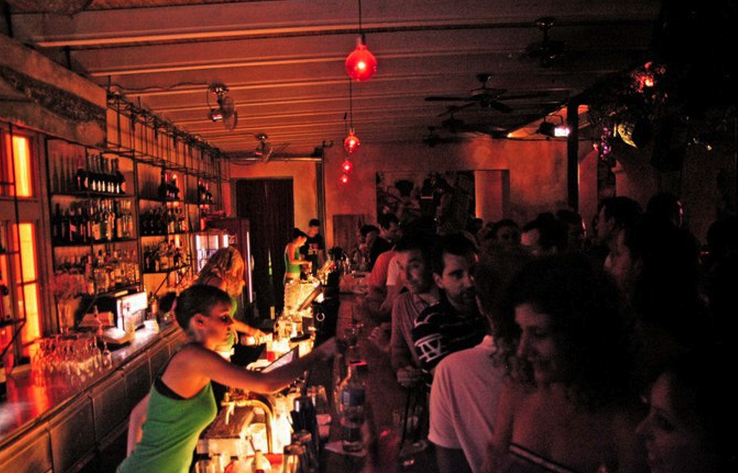 Mind you, the list is not comprehensive, and the quality of the places may change very quickly – just as the nightlife scene of Budapest in general.

There are several good pubs and bars in Budapest, Hungary. Most of the good places are on the Pest side of Budapest, which has a truly busy nightlife.

So if you are a party goer or you wish to experience the more vivid side of Budapest, we suggest booking your accommodation on the Pest rather than the Buda side. 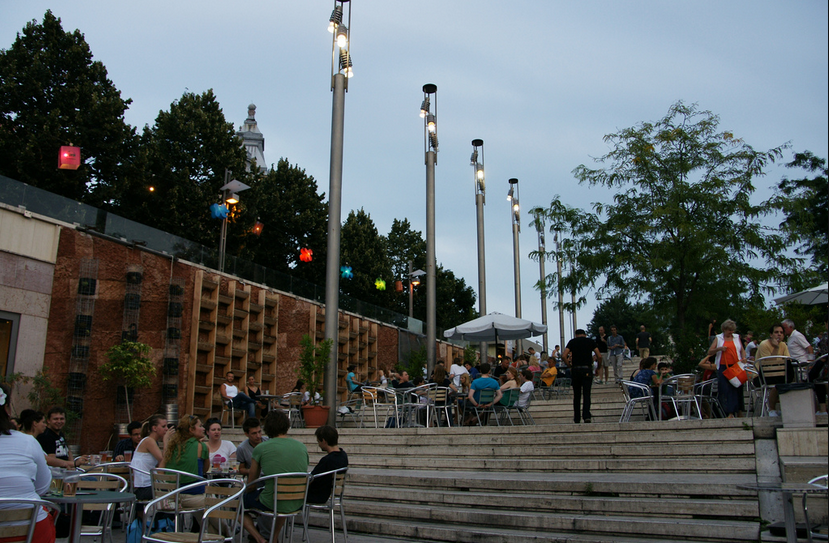 Let’s see some of the best bars in Budapest: the best bars to chill out, to chat, to dance, to watch football matches and sports games, etc.

Just to Sit In Budapest Bars and Pubs

You can find a good place just to sit in for a drink and watch the world go by, or twitter on your iPad, read the daily news, chat to some locals or avatars, or simply drink beer, etc.

If your only wish is to sit in a good bar or pub in Budapest, we suggest the very central Akvarium Club at Deak square (under Erzsebet square to be precise), or the avantgarde ruin pub, Szimpla Kert Bar in Kazinczy street, Szoda Pub on Wesselenyi street, which are also in the city centre. Other pubs and bars frequented by locals and tourists alike are Bar Domby (with a motto “The art of elegant alcohol consumption”), Alcatraz (apparently the prison theme mixed with alcohol makes you free), Irish Cat pub, Iguana (which is a Mexican restaurant too), etc.

Alternatively, you can go to Holdudvar Bar on Margaret Island, which is in the greenest park of Budapest, the most relaxed and nicest place in fair weather. Or you can go to the sporty John Bull Pub or the Champs Sports Club, if you are a sport fan.

Pubs, Bars and Clubs in Budapest: Budapest Map of Pubs and Bars Follow the link and click on any icon to learn more about a specific pub or bar in Budapest, Hungary. The balloons are colour coded. Here is a screenshot of the Budapest Bars map (you cannot click on these balloons, sorry, so go to the original google map: Budapest Map of Pubs and Bars). Icons are explained (which balloon decodes what type of place) on the left side. 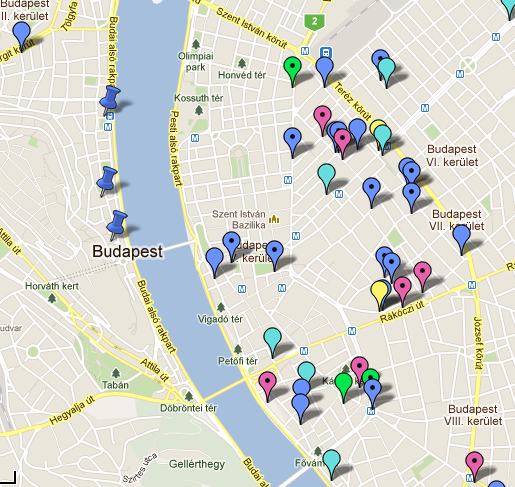 Avantgarde ruin pubs comprise a popular segment of Budapest night life, which include special local pubs and bars with alternative – artistic and hip interior design. In fact, many of these pubs and bars are located in old residential buildings, which are now permanently or temporarily converted into bars, cafes – hence the name ‘ruin pub’ (romkocsma) in Hungarian. Ruin pubs feature some cultural programmes (movies, exhibitions, discussions, etc. and even flea markets or local home made produce markets at weekends).

If you want to find world class beers, really great beers in Budapest, you should head for the masters, the Belgian Brasserie Henri pub (it’s on the Buda side). On the Pest side you can try Beckett’s Irish Pub, or Jack Doyle’s Sports Pub. Americans and HRC lovers never miss a visit to Hard Rock Cafe, the American Pub and Diner, for light lagers on Vorosmarty Square, in the middle of Budapest. A recent addition to the scene with some visual extras is the Hooters Pub and Bar in Budapest (yes, that Hooters). All these international pubs, but where do Hungarians go? Well, locals go everywhere, as Budapest is truly a cosmopolitan city.

As a well meaning and curious tourist you may wish to venture into a ‘traditional Hungarian pub’ in Budapest. And why not? We totally understand in your quest for the best Hungarian pub. Now this is a real challenge. At least in Budapest. Mind you, a pub for a Hungarian is NOT like an English pub with carpets and all sorts of hot meals. Often a Hungarian pub is the most simple drinking establishment. Mostly about drinking and chatting. Hungarian pubs often with a drinking counter can be found at some of the less touristy markets and market halls, like Lehel Market Hall.

Retro pubs, Ruin Pubs, and Jack of all trades Pubs 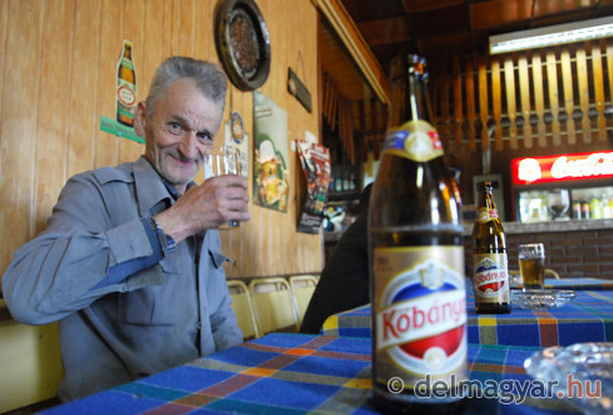 Traditional Hungarian pub – with a bit of decor these days (Delmagyar.hu Photography)

My grandfather started his day in the village pub ‘falusi kocsma’ for an early short palinka, and some local gossip (not in Budapest), then he went on his way on the bike. After work, sometimes (OK, daily), he popped in for a bottle of Kobanyai or Aszok, talked some more, and then went home. The walls of the pub were bare, maybe a tired calendar hanging on a rusty nail, the chairs were simple wooden chairs or cheap plastic – metal constructions (hey, it was Communism). The tables, often without table cloths, just bare wooden or plastic tables. If there was a checkered tablecloth it was upscale. 🙂 The counter had some guests standing with bottles in their hands, putting the world to rights (as much as it was possible in the Big Brother era, if you see what I mean). These were the main features of a traditional Hungarian pub. No meals, no cushions, no carpets, no screens. Flies? Maybe.

Not a very inviting place, which means that you will hardly find any such place in Budapest (or not on your own). These days most of these ‘drinking holes‘ are on the outskirts of the city of Budapest, or in the outer districts like Ujpest, Rakospalota, Pesterzsebet, etc. Of course, these simple, unassuming pubs are still popular in the countryside of Hungary. But Budapest is a trendy place, so the retro pubs (pub is kocsma in Hungarian) are the past. The ‘ruin pubs‘ with avantgarde and hip design are the present (Szoda, Kuplung, Mumus, Szimpla Garden), as are the ‘versatile pubs‘ which are bars / clubs / galleries / movies – standing on many legs and offering inspiration, like Fogashaz or Telep.

Younger generations are trying to fill in the gap of the missing beer places, beer venues offering simply a place with drinks (alcohol, soft drinks, bottled and drafts beers), some sandwiches, a TV screen and often a Foosball, and that’s all (and of course tables and chairs, often TV screens). Older people will not really frequent these new style pubs. Instead, they will have a drink in a traditional Hungarian restaurant, or buy the drinks in the store and have it at home, etc. So don’t feel excluded: see where the locals go, but bear in mind that most of these places are not so much “traditional Hungarian pubs” you picture from the 19th – 20th century, but good pubs where mostly younger Hungarians go to drink beers and chat.

And we love the local Budapest beer festivals too! If you are lucky, you can enjoy one of the several beer fests in the city, like the Budapest Craft Beer Festival, or the Budapest Czech Beer Festival. Czech? Yes!
Czech beers are very popular in Hungary, no wonder Czech Pubsare also much sought for in Budapest. 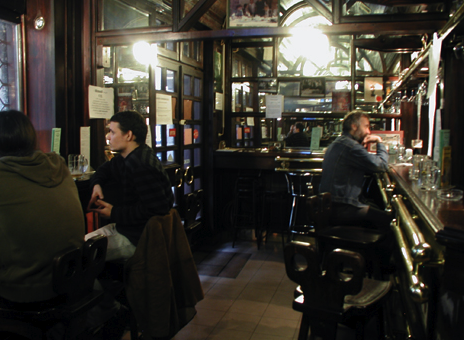 There are further places to sit in for a drink and enjoy the vibrant night life of Budapest, but probably these are the top beer pubs, to name but a few.

You can find a good party place for concerts, drinks and dancing in Budapest. The only thing to keep in mind is that Friday and Saturday nights can be extremely overcrowded in good places, while Mondays and Tuesdays look as if no party has ever been here. Don’t bring your valuables to party places, and try not to get too drunk to lose your ability to be alert enough for your own safety. Don’t forget that Budapest is a big city of 2 million people, and although it is relatively safe, you had better be cautious (you are the one who can best look after yourself, right?). We would highlight the following pubs and clubs if you want to go dancing in Budapest: 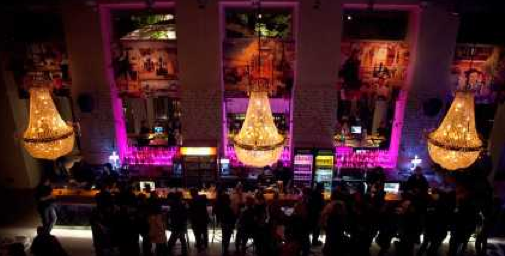 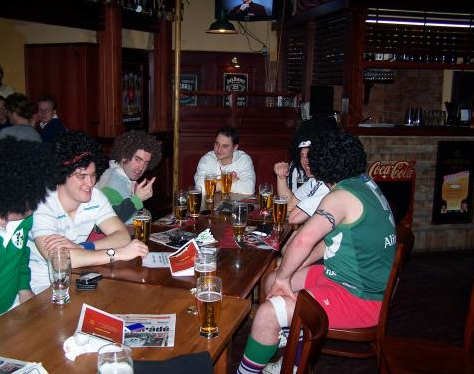 If you are a sports fan and want to sit in a pub where many sports events can be watched (on small and large screens), we recommend 3 international sports pubs:

Football (soccer) sports events can be watched in many other pubs, some of which have open-air terraces (the lovely and spacious Holdudvar Bar on Margaret Island immediately jumps to mind). Football love in Hungary is especially true of Football World Championships! Temp tents and temp bars and pubs appear all over Budapest to cater for the common football cheers.

Karaoke Bars and Pubs in Budapest

Although karaoke is gradually getting more and more popular in Budapest, Hungary, there are hardly any good places to go to for a heartfelt karaoke. Try either Morrison’s in Honved street, or Crazy Café in Jokai street.

Smoking in Budapest Bars and Pubs

Budapest was once a haven for smokers. But not any more. Budapest bars and pubs used to get quite smokey, second hand smoking was just part of clubbing and pubbing, but luckily for non-smokers, not any more. Since January 2012, the new non-smoking government regulation forbids smoking in closed community spaces, including bars, pubs, clubs and restaurants in Budapest.

Smoking is allowed on open terraces, outdoor places of bars, clubs, restaurants, cafes, bistros, etc. There are really great places in Budapest with terraces where you can enjoy yourself from spring to autumn. You can find many places with terraces on the following hotspots.

The following terraced cafes and bars in the city centre and at major places of interest:

Read more about Budapest and smoking.

Please do not go to the following dangerous night clubs in Budapest – based on fellow travellers’ reviews, these places can be difficult to get out of without being totally ripped and frightened.

Please help us keep updated and informative. If there are any changes in the above, or you have any remarks, complaints, compliments, suggestions regarding Budapest Bars and Pubs, please send your comment in below.